Brandon Gene Petit is an underground author of poetry – mainly prose poetry – whose inspiration stems from a deep affection for dreams, synesthesia, de ja vu, romanticism, and anything to do with past lives or alternate realities. He also considers himself heavily influenced by the writers Clark Ashton Smith, H.P. Lovecraft and James Joyce, his fascination with Lovecraft reaching back the farthest.

He has three books currently available: two collections of mature poetry (both of which are available in printed softcover and Kindle eBook) and a children’s coloring book featuring his own dinosaur line drawings. When he is not writing, drawing, or simply lost in his head, Brandon plays bass guitar in various musical projects, ranging from rock and metal to semi-electronic. He has been sketching, writing, and sounding out his imagination since his early years, and has since expanded his interests into things like graphic design, digital photography, and sound editing software. He currently holds a Bachelor’s in Education and has been releasing his creative works under his indie publishing label, Orchestrion, officially since 2010. 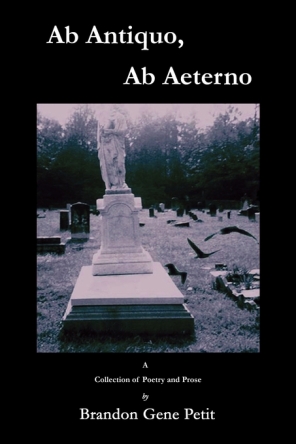